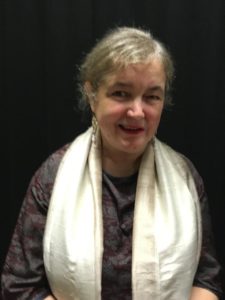 This year the day focused, not on a specific factory, style or time period but on who were the initiators of Porcelain collecting and who had the greatest influence on what is primarily a hobby but is also big business.  Throughout the day Anne illustrated her talk with wonderful and detailed pictures of the prize pieces and it is easy to see how, as there was sufficient money available, the desire to acquire such pieces would be hard to resist, and the common denominator of all the key collectors was wealth.   As the Dutch East India Company started importing Chinese and Japanese porcelain back to Europe in the early-mid 18th century it became a huge status symbol to create a collection of pieces.

Anne began with the Princes, specifically the Prince Regent who was a lover of all beautiful and exotic things and is largely responsible for the fabulous ceramics on display at all the Royal residences.  Indeed the Queen probably has the largest collection of Sevres in the world.  Inevitably the rest of the British aristocracy followed suit and created the   collections now on show in museums and stately homes across the UK.

We were then introduced to Augustus the Strong, the Elector of Saxony and King of Poland. Despite his warlike reputation he was obsessed with collecting art in all its forms, including porcelain, and bought avidly from dealers, particularly in Holland.  He was responsible for establishing Dresden as a centre for the arts and created the first public museums.  Johann Bottger, an alchemist was rescued from Frederick 1 of Prussia and while the claims of creating gold failed, he did work out how to produce fine white porcelain.  As a result the Meissen factory was founded.

As the passion for porcelain swept Europe Louis XIV wasn’t going to miss out and demand from Versailles made dealers, particularly the Dutch, even wealthier.  It wasn’t long before the Vincennes factory founded in 1736 was moved to Sevres under Royal ownership and was soon producing some of the most beautiful porcelain ever seen.  As in the UK the aristocracy followed their King so when the revolution came, those lucky enough to escape became forced sellers and the buyers swooped, not least the Prince Regent.

The common theme throughout the day was wealth.  To create the collections now on show throughout Europe cost huge amounts so it was natural for this desire to own porcelain to spread to the USA as that country’s development gathered pace.  Here the great and good are not royal but industrial and the fabulous collections now on show in museums have been bequeathed by ‘Captains of Industry’ or maybe, more accurately by their wives.  Yet again the ownership of fine porcelain had become a huge status symbol and Anne showed a number of posed family photographs with extremely elaborate displays of the finest pieces as the backdrop.

If there was any previous doubt, Anne left us in no doubt that while money may not bring happiness it can bring a fabulous collection of the finest porcelain.  We all left looking forward to visiting many of the houses, palaces and museums mentioned to see for ourselves the beauty and artistry on show.