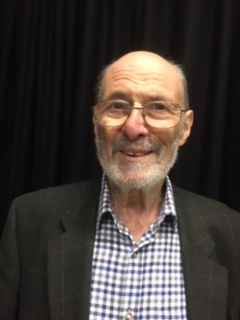 Our speaker, Dr Michael Signy, explained that he had not been particularly interested in seeing ceramics with repairs as this didn’t tell the whole history of the piece but in 1999 he bought two beautiful bowls dating from pre 1780s which changed his perceptions.

We learned that there was a long history of repairing pottery.  Companies called China Burners existed in England in the late 18th and early 19th century that used burned glass to repair broken pieces.  Basic repairs would be carried out by travelling tinkers but more valuable pieces would go to the specialists, such as the china burners.

Another method of repairing ceramics was known as ‘laced mends’, which required drilling two holes either side of the break and inserting heated metal rivets which tighten as they cool.  The rivets could not be allowed to pierce right through the article, to avoid the mend being visible on the decorated side.  Riveted repairs were known to have used as far back as 7000 years ago and the age of a piece can be determined by what materials were used. One style is called Kintsugi, which is an ancient Japanese method, used gold so not cheap and only used on the finest pieces.

Much imagination went into repairing and finding ways to utilise broken ceramics and Dr Signy showed us many different examples of ceramics that he had in his collection to illustrate how the different repairs looked.  Some could be saved with a replacement lid or metal spout. Alternately basket handles, beautifully woven with split cane could be riveted in place. The finer examples include a Worcester jug, a number of Longton Hall pieces and a Derby creamer with a brass or ormolu handle with decorated rivets.  One example of a cheap mend was a Longton Hall jug with metal hoops and handle.  Another alternative to allow the continued use of the piece was to turn it into another shape altogether, such a teapot converted into a sugar bowl.

It was interesting to see how valued by the owners the various examples were.  Some of the pieces were of little intrinsic value but must have been important to the owners, if only so that they could remain useful.