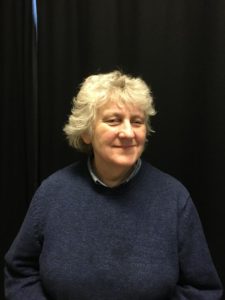 Who knew that clay pipes could be so interesting?  Well, when the lecture is given by Jacqui Pearce (a specialist in medieval pottery and clay pipes at the Museum of London) the subject proved to be both interesting and extremely entertaining.  Entitled ‘The Archaeology of Smoking’ we enjoyed a journey through the history of tobacco from Sir Walter Raleigh introducing the leaf to Elisabeth I to the demise of the clay pipe in the trenches of the first world war, as cigarettes were deemed more convenient.

Because clay pipes were cheap to manufacture but fragile, vast numbers of broken pipes have been found, lots in the mud banks of the Thames, and many of the fine illustrations were from the collection at the Museum of London.  It is assumed that the smoking of tobacco in pipes was initiated by the first settlers in the “new world” being introduced to the habit by local Indians and the habit brought back by sailors and other travellers. Initially smoking was an expensive hobby given the difficulties and cost of bringing tobacco across the Atlantic and was restricted to the extremely wealthy.  Indeed it is documented that people paid to watch others smoking.  However not everybody was a fan and in 1604 James I wrote a pamphlet entitled “A counterblast to Smoking” as he hated the smell.  Nevertheless he did enjoy the revenue and the settlement at Jamestown became a hub of export.  In amongst the many illustrations was a pipe with the face of Sir Walter Raleigh carved on the bowl and also one made by Robert Cotton a pipe maker based in Jamestown but found in the Thames, presumably broken and discarded from a returning ship.

Over the last 400 years the shape of the bowls has changed as has the diameter of the bores, making the dating broken pipes a great deal easier. The manufacture of clay pipes became a growth industry as the development of moulds made it easy to shape the clay and inset makers names, owners names and even elaborate designs on the bowls and a great deal of effort was made to decorate pipes to charge more and differentiate product from the cheap, plain, versions.  By the late 18th century milling and burnishing was common and some even added red wax to the tip of the stem to improve the feeling for the lips.  The Dutch and Germans were particularly keen on lavish decoration and as tobacco became cheaper the bowls increased in size, leaving more space for decoration.  Indeed it became common for pipes to be used to commemorate famous events and we were shown one celebrating the victory of the Duke of Cumberland at Culloden in 1746 with carving similar to the decoration on porcelain plates and other wares of the time.  It also became popular for Livery Companies, Masonic Lodges and even Military Regiments to have badged pipes for members replicating the decoration on the formal dinner services etc.  It subsequently became popular for coffee shops and public houses to sell badged pipes. We were also shown pipes with carvings of sporting themes, the heads of famous people of the time including William Gladstone, and also how black clay was used to add novelty and presumably value.  Maybe the most extraordinary example of these is dated to 1878 and shows a judge carved on the bowl with the jury sitting on the stem.  Maybe to mark a notorious trial?

Jacqui also showed examples of ‘novelty’ pipes with multiple bowls, twisted stems and even pipes that were given away with comics, but of particular interest were the examples of beautifully decorated ceramic pipes produced by the major porcelain manufacturers of northern Europe, including Meissen.

The lecture concluded with a selection of paintings and photographs showing how smoking and the clay pipes used became a part of everyday life, initially for the extremely rich as they posed for portraits but gradually for everybody.

As was said earlier “who knew clay pipes could be so interesting!”