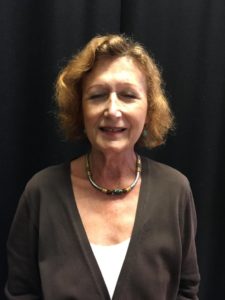 Jane Gardiner, a Senior Tutor for Sotheby’s of 17th and 18th Century Decorative Art, returned to our Group to talk on “The Development of the Drinking Glass” which gave members a fascinating insight into the subject.

Jane started from the earliest glass “skyphos” made in the 2nd Century BC – a clear glass vessel, which predates the technique of “glass blowing” that was discovered by the Romans to 18th Century Venetian and other European examples.

The talk was illustrated not only by examples of the glass but by paintings which prove the different types of drinking vessel made over the years and show how it became more fashionable to use glass as opposed to other materials for the vessel for drinking.  For example, slides showing frescos in Herculaneum illustrate the earliest vessels and provide proof of glass being used in place of silver or earthenware pieces.   Also, pictures showing early glass examples as having no feet for standing and are shown held like flutes or drinking horns to the later pieces showing bases, different shapes with fine decoration as engraving and glass blowing techniques were improved.

Apparently the British Rail Pension Fund held a large number of examples of early drinking glasses and around thirty items were sold for nearly £4 million pounds in 1997, including a Roman diatretum or  “cage” cups – cut out of a single blank to form two layers. – the solid inner cup is linked to its outer cage only by a series of delicate struts. No surprise that this example, most remarkable as it survived two millennia buried and then excavated became the star of the British Rail Pension Fund.

By the 4th Century the Romans had perfected glass decorating with enamelling and colours.  The Romans had furnaces throughout their Empire.  One beautiful example that survives from the 13th Century, possible made in Aleppo (Syria) is the “Luck of Edenhall” and its recorded history starts in Cumberland when it appears in the will of the late Sir Philip Musgrave owner of Eden Hall in 1677, becoming a talisman for the family.  It is purported that if anything happened to the glass the fortunes of the family would change and was so treasured that it was kept in a leather box.  It is now displayed in the Medieval Treasury of the V & A Museum in London.  It is an illustration of luxury glass in the Islamic style with patterned enamel plants of gold and blue in absolutely pristine condition.

The talk continued with Venetian glass, which was moved to Murano in 1292 because of the fire hazard of the furnaces – health and safety in 13th century!! Copper Oxide was added to the potash to create the emerald green colour and continued with other coloured precious stone-like colours including seed pearls.   When Constantinople fell to the Turks, the Venetians lost some of their main trading routes and looked to trade more within Europe, and we start to see the development of glass within Europe.  German glass being made from “forest” potash giving a clear form of glass, which was thicker and carved using a rotating wheel.  Lines being added, rock crystal being used, shallow looking bowls being used. –  “Blobs” of glass, like raspberries being added to the glass. The progress of the industry was illustrated by paintings from the Louvre, Uffizi and many other European Museums and galleries.  Also the different shapes of glass being used for wine and cordials, the introduction of red and white wine glasses – although on being questioned about different shapes – Jane explained most of the small, large fluted and bowl shaped are to do with current fashions and tastes.

The drinking habits across Europe were revolutionised as it became fashionable to offer wine in a glass rather than in precious metal amongst the more affluent members of society.

Jane‘s talk was very informative, interesting and extremely well supported by slides and will certainly make us look at paintings for examples of not only glass but also ceramics through the ages.

Christopher Dresser was celebrated during his lifetime as one of the great pioneers of modern industrial design, straddling ceramics, textiles, furniture, metal ware and interior design.  In fact everything needed within the modern home of the late 19th century.

Born in Glasgow in 1834 into a lower middle class family he won a place at the Government School of Design in London aged only 13 years. These schools were set up to encourage young talent to become designers in the booming British manufacturing industries.  Here he was taught by some of the most influential designs of the time, including Owen Jones who became his mentor.  It was from Owen that he forged the idea that “all ornament should be based upon geometrical construction.”   He was particularly interested in botany, breaking down plants to their constituents.  Indeed he was a contender for the Chair of Botany at UCL in 1860.

The Great Exhibition of 1851 provided the 17yr old Dresser a great platform to exhibit his imaginative modern designs and Matthew drew a comparison with William Morris, who, born in the same year, but having been born into a much more wealthy family was at Oxford reading classics.  Dresser’s reputation was constantly growing and in 1859 he received an honorary doctorate from the University of Jena in Germany.  By this time he was publishing on decorative and ornamental art and set up as a freelance designer he worked for over 50 companies focusing on the mass market for the rapidly growing middle classes: affordable but not always cheap.  His designs included textiles for Liberty, carpets for Crossley, wallpapers for Sanderson and ceramics for both Wedgewood and Minton.

He became increasingly interested in Japanese and other Eastern designs following exposure at the London International Exhibition of 1861 and the influences were seen in the examples shown.  In 1876 he was commissioned by the South Kensington Museum (now the V&A) to tour Japan and he returned with a collection for the museum as well as procuring some 6,000 items for Tiffany in New York.  What he saw in Japan led to him setting up the Linthorpe Art Pottery in Middlesborough in 1870 with John Harrison who owned the local brickworks. With Henry Tooth as artist/manager they produced over 1,000 shapes and designs utilising the new new gas fired kilns to experiment with unusual colours, shapes and ‘flowing glazes’.  While these unique styles were very popular the business closed after 19years, however Ault Pottery bought the moulds and continued to produce Dresser’s designs.

His next venture was the Art Furnisher’s Alliance in Bond Street showcasing his more expensive furniture and products however it only survived for three years.  Nevertheless he continued to design and write until his death in 1904, but his fame had faded.  Indeed all his paperwork relating to his work was destroyed by his daughters who did not appreciate the significance of his influence.  He was virtually forgotten until Sir Nikolas Pevsner rekindled scholarly interest in his contemporary designs that look as modern today as they did 150 years ago.

A testimony to his talent is that a Dresser electroplated teapot sold for £94,850 in 2004.

The talk was illustrated with many pictures of Dresser’s work and particularly the grotesques and motifs he included in some of the ceramic designs showing his sense of humour.   An extremely interesting and informative talk on a major influence on design and it was much appreciated by the attendees.