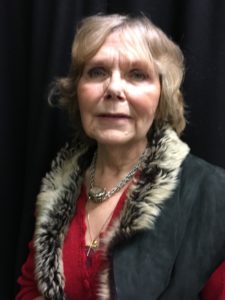 Our February lecture was given by Caroline MacDonald-Haig who studied the History of Fine and Decorative Art in London.  She first informed us that historically those involved in the trade of selling ceramics and glass traded in warehouses. These warehouses were the precursor to our department stores.

The early 17th Century was a fascinating period for glass. English lead crystal was the finest to be found anywhere, combined with the great skill in the cutting of the glass.  She interestedly described the materials needed to manufacture glass.

By the 1660’s the monarchy had been restored having been in exile in Europe and having acquired European tastes.  As a result luxury glass was much in demand and was being imported from Venice but predictably, given the uncertainties of transport much breakage occurred. An example of this was an order for 3,482 beer glasses, most of which were broken in transit.  It therefore became more cost effective to bring glass blowers from Venice to England and the glass ‘shone like diamonds and resonated like a bell’.

By the early 1700s William and Mary were on the throne and Bohemian glass engravers set up their workshops in St Martin’s Lane.  This brought fresh skills and designs and produced beautiful objects decorated with ‘diamonding’ or ‘diamond cut’ glass.  In 1732, a ‘lustre’ , the original name for chandeliers, was donated to a Cambridge College by Sir Edward Hulse.

The golden age of the Hanoverian kings brought about politeness and elegance.  For example decanters became much more elaborately cut.  Such was the success of this industry on the international market that in 1746, the British Government imposed a tax based on the weight of the glass, which proved very lucrative.  Rather than drastically reduce the lead content of their glass manufacturers responded by creating highly decorated, smaller, more delicate forms, often with hollow stems, which have become highly collectable. This tax had one specific consequence which was the attraction of Irish glass which was made with flint so was much lighter and the subsequent popularity for and the growth of Waterford Glass.

The industrial revolution had a material impact on the production of glass and by the start of the 19th century cutting machinery driven by steam was introduced by Boulton & Watts.  Cutting thus became much sharper and as a result designs changed and evolved to be more like what is produced today.