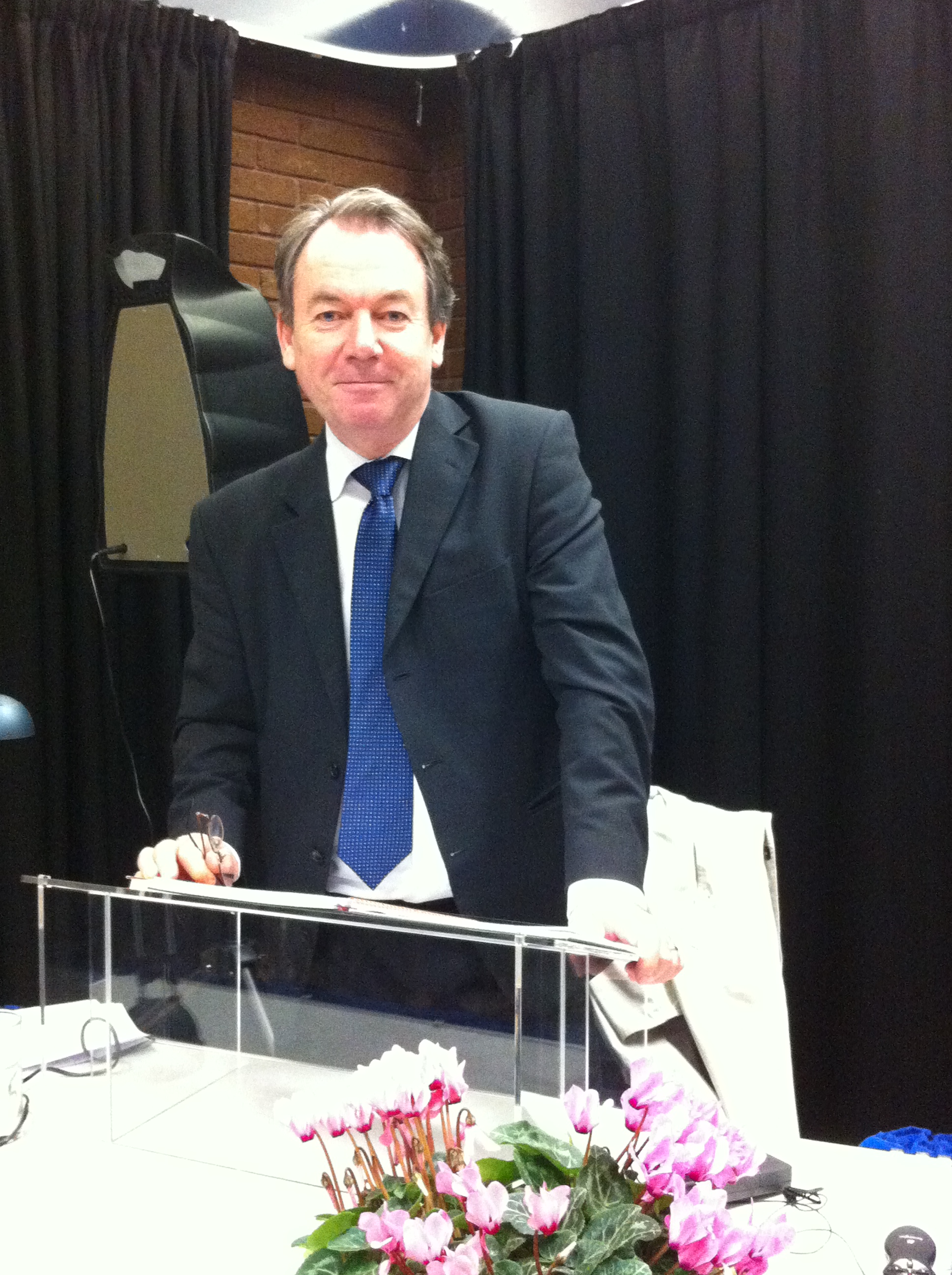 This year’s study day was split into two lectures by the antiques expert and TV personality Eric Knowles.  In the morning we enjoyed an extremely entertaining and informative talk on Charles Rennie Mackintosh and after lunch on the history of the Minton Company.

Eric has become well known for his appearances on a variety of TV programmes, chiefly the Antiques Roadshow and more recently Bargain Hunt, since making his debut in the early 1980’s on Pebble Mill at One.  He began his career as a porter at Bonhams and over the ensuing 30 years progressed to Director of the Ceramics Department.  His achievements, qualifications and honorary fellowships and degrees are far too numerous to list here, but without doubt he is one of the UK’s foremost experts on ceramics and design.

His talk on Charles Rennie Mackintosh covered both the considerable achievements of one of Scotland’s greatest architects, designers and artists, and the influences of the other members of the ‘Glasgow four’.   Mackintosh began his working life as a apprentice with the Glasgow architects Honeyman & Keppie where he met Herbert Macnair. They both attended evening classes at the Glasgow School of Art where they were introduced to Margaret and Francis Macdonald by the head, Francis Henry Newbury, who saw many similarities in their work.  ‘Toshie’ as he was known married Margaret in 1893 and their professional collaboration was key to the evolution of design which followed.  Macnair married Francis and ‘the 4’ became the leaders of the Glasgow style.

The opening up of Japan in the mid 19th century had resulted in ‘Japonism’ becoming hugely influential in Europe and Macintosh much admired the fact that it was both simplistic and practical.  His blending of Japonese with the evolution of Art Nouveau singled out his work as unique and it became much sought after, particularly after he exhibited at the Vienna Secession exhibition in 1900 .  In everything he did the need for practical usage was foremost in the design but never seemed to compromise the aesthetic style and beauty thanks to the more ethereal influences of Margaret.

It is generally felt that the while his architectural talents are evident in a number of buildings in Glasgow, the finest examples of the couple’s design flair are best seen in the iconic Willow Tea rooms in Sauchiehall Street in Glasgow, the Macintosh house which is now part of the University of Glasgow’s Hunterian Museum and Hill House at Hellensborough.  Toshie and Margaret were responsible for everything you see having designed the décor, the furniture and all the artwork.  Margaret was considered a genius by her husband and her glass designs feature widely in the furniture.

Eric also provided an insight to the many others who influenced  the Mackintosh’s work ranging from Jessie Newbury’s needlework designs, the Cloutha glass emanating from James Couper & Sons and the decretive metal embossers, Margaret Gilmore and her sisters.  All were at the forefront of the Glasgow movement.

The lives of the Mackintosh’s took many turns as while  they set up their own business in 1913 the onset of the First World War caused a collapse in demand.  Disillusioned with architecture they left Scotland for Suffolk but amazingly he was encouraged to move away from the coast by the security services who thought his frequent walks with sketch books on the beaches suggested he could be spy.   Moving to Chelsea they carried on designing and a number of examples can be seen around Cheyne Walk.  In 1916 Mackintosh was commissioned to design the interior of a house in Northampton for Mr Bennett Loakes and this remains the best example of his work in England.  The couple finally moved the south of France where he rediscovered his love of painting.

The impact and influence of Charles and Margaret Mackintosh should never be underestimated and many of the great designs of the 20th century both in the UK and particularly in northern Europe and Scandinavia owe much to their pioneering work.