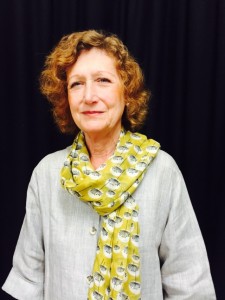 On Thursday 11 June 2015, Jane Gardiner, a Senior Tutor at Sotheby’s specialising in 17th and 18th Century Decorative Art, returned to our Group to give us a talk on “China Mania”, which expanded our knowledge of the impact of Chinese Porcelain on European taste and styles.

Jane explained that Europe had a “love affair” with Chinese Porcelain since the times of Marco Polo in the 13th century, and continued into the 15th century when the first Chinese Porcelain came into Europe by way of Diplomatic Gifts.  There was a fascination with the material and its magical qualities – it was so white and translucent.

When some of these very first Chinese porcelains found their way to Europe, the beauty and fragility of the material led to them being mounted with precious metal, treasured and exhibited alongside other rare and exotic objects such as ostrich eggs and rock crystal vessels.

This early and exclusive ownership of Chinese porcelain spread enormously in the 17th century with the opening up of trade routes between Europe and the Far East. This led to a widespread fashion for housing and displaying collections of Chinese “blue-and-white‟ which spawned a whole range of European imitations.   Gradually the desire to imitate altered over time, as every nobleman across Europe wanted to show their acquisitions and collections.  Some started to create rooms specifically to house their collections – there are examples of this in the Rijksmuseum in Amsterdam and at the Charlottenburg Palace in Berlin, where there are thousands of pieces with mirror glass behind, while Queen Victoria also created similar in Kensington Palace and at Hampton Court.  There are many other examples around Europe of the influence of the Chinese on European designs and a fine collection of “Blanc de Chine” can be viewed at Burghley House.

Artists from the 17th century onwards have been influenced by Chinese Porcelain, and this is obvious by studying “Feast of the Gods” by Titan – where there are blue and white feeding bowls.  Jane expanded with many more examples of this kind.

Jane’s talk also covered the significance of some the designs – for example the “prunus blossom” which means “the coming of spring”.   These symbols were not necessarily recognised in the 17/18th centuries and have only taken on importance from research during the 20/21st centuries

There are lots of imitations of Chinese porcelain but the original remains the leader in this field – French St Cloud, Meissen, and Bow are amongst those who tried to copy the Chinese examples.

Yet again Jane‘s provided a  lecture which was informative, interesting and extremely well supported by slides demonstrating many examples of our obsession with Chinese Porcelain.