February brought us a very informative lecture by Jonathan Gray on “Swansea and America.” Jonathan’s lecture was based on his own research and discovery of new materials about the relationship between Swansea and America. After the lecture he was happy to talk to members. 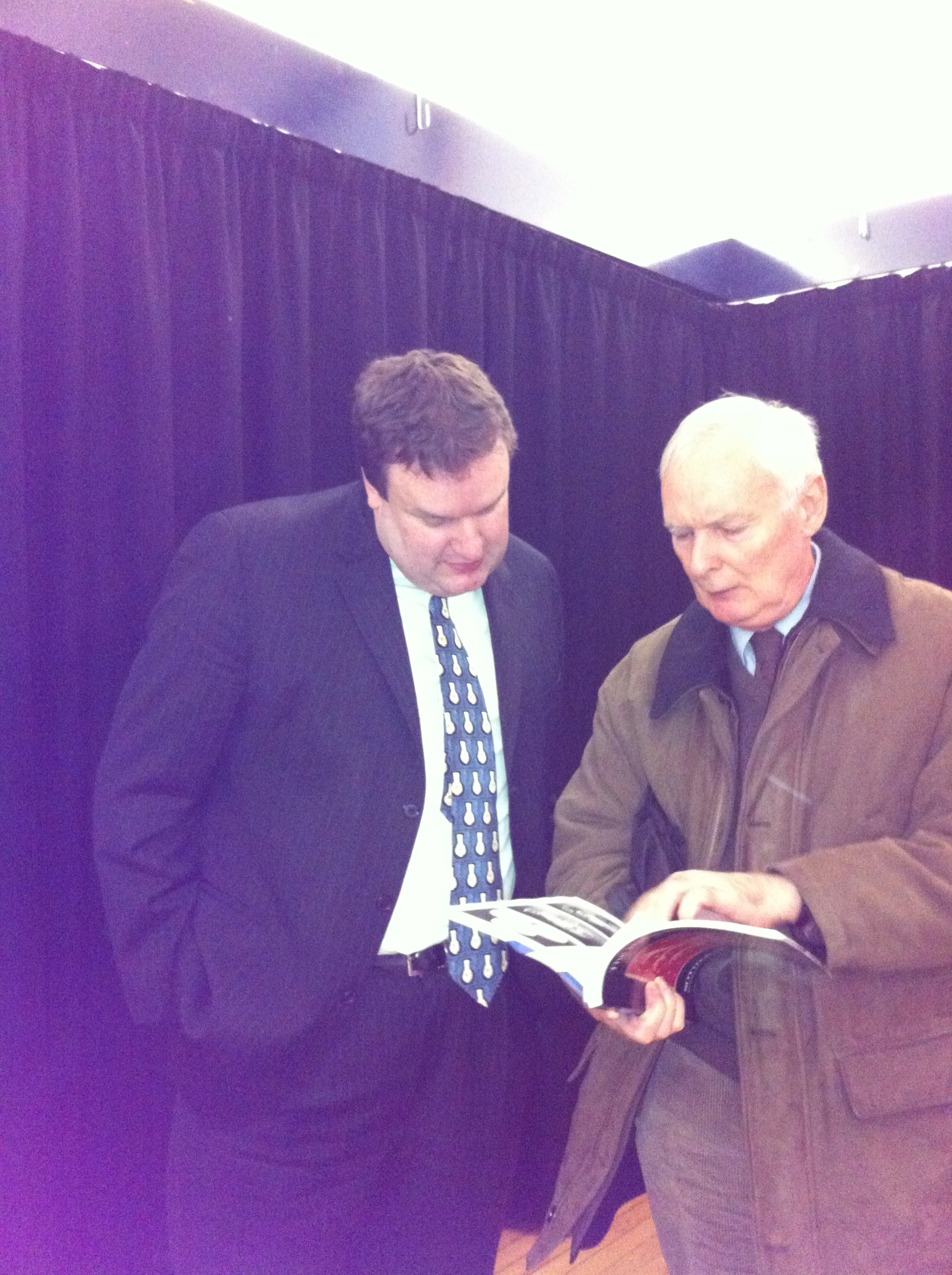 Jonathan Gray (left) talks to one of our members.

Pottery and later porcelain was made at the Swansea and Nantgarw Pottery as early as 1767 when William Coles bought the lease. A salt-glazed flask inscribed March 28th, 1768 still survives (Swansea Museum). Swansea was an ideal site near to coal mines and with excellent access to the sea for importing clay and for export to the USA, their main market. By the late 1770’s the Pottery was suffering financially due to the disruption of trade caused by the American Revolution.  Despite the business being advertised for sale, the pottery continued to produce blue decorated creamware and pearlware. In 1789 George Haynes bought into and expanded the works with the Coles using American money and renaming the pottery The Cambrian Pottery.

Letters researched by Gray between Haynes and his daughter, disclosed the very strong family and business contacts between Haynes and the USA, Europe and the Caribbean which enabled the company to ship directly (in their own ships) bypassing middlemen and agents.

After the death of Coles in 1799 William Dillwyn, who had visited the pottery in 1777, became the lease-holder of the business. An American, Dillwyn was  related to Haynes and a grandson of William Penn. He installed his son, Lewis Weston Dillwyn, at Swansea and the business continued to thrive with a London showroom opening in 1807 at 64 Fleet Street (but only lasted one year). In 1808 the auction house, James Christie, was instructed to sell the contents.

World-wide events affected the business including Napoleon’s  blockades in Europe and the decline in relations with the USA prior to the War of 1812 and in 1808 Christies were instructed to sell the remaining stock (an eight day sale) and the business closed.

Jonathan has covered this subject very thoroughly in his recent published book: “The Cambrian Company, Swansea Pottery in London, 1806 -1808”

Copies of his book can be ordered here.