UPDATE: 1 June 2021 – Clair Hall continues to be used as a vaccine centre.

A little background: Haywards Heath Ceramics Group was formed in 1983 by three ceramics enthusiasts. Their aim was to study the history and manufacture of pottery, porcelain, glass and enamels in all their diverse aspects. Over the years, the Group has thrived. Many of our Group have extensive collections, others just the odd pieces, but we all share the same enthusiasm for the subject. All our speakers are experts in their field, many of whom are very well known. For detailed information of our membership and any other information regarding our Group, please email: enquiries@hhcg.org.uk for the attention of Mrs Sheila Gaskell. After written consultation it has been decided that future Ceramics talks will be attended via Zoom by invited members only.

Our next Zoom talk will be  on 10th June entitled “Sevres-Mania” The histories of collecting Sevres in Britain after the French Revolution. We very much look forward to welcoming Dr Caroline McCaffrey-Howarth who is an art historian who specialises in European decorative arts, material culture and the histories of collecting. Originally from rural Ireland, Caroline grew up close to the Belleek porcelain factory, where she discovered her love of ceramics. She is Curator of 17th and 18th Century Ceramics and Glass at the V&A Museum. Since September 2018, she has worked as a Lecturer on the History of Design Masters with the V&A and the Royal College of Art, where she continues to teach and supervise postgraduate students. She gained her PhD at the University of Leeds in 2019, where she is now also a Visiting Research Fellow. She sits on the Board of the French Porcelain Society and the English Ceramics Circle, and was recently admitted into the Worshipful Company of Arts Scholars. 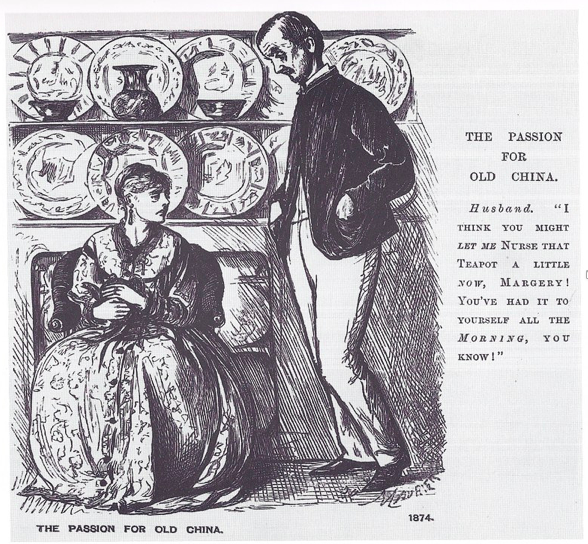 Sevres-mania: Collecting and Making ‘old’ Sèvres Porcelain in Britain in the 19th Century  This talk traces the mania for collecting ‘old’ pâte-tendre Sèvres porcelain in Britain during the nineteenth century, as dealers and collectors vied for the best pieces, often at the best prices. As demand continued to outweigh supply, a huge counterfeit market also emerged, and pieces were often ‘doctored’ or ‘made-up’ in order to look like ‘old’ Sèvres. This talk also considers some key exhibitions of ‘old’ Sèvres during this time, paying close attention to ceramics connoisseurship and ending with a fascinating court case from the 1880s between the Wertheimer family of dealers and William Goode.